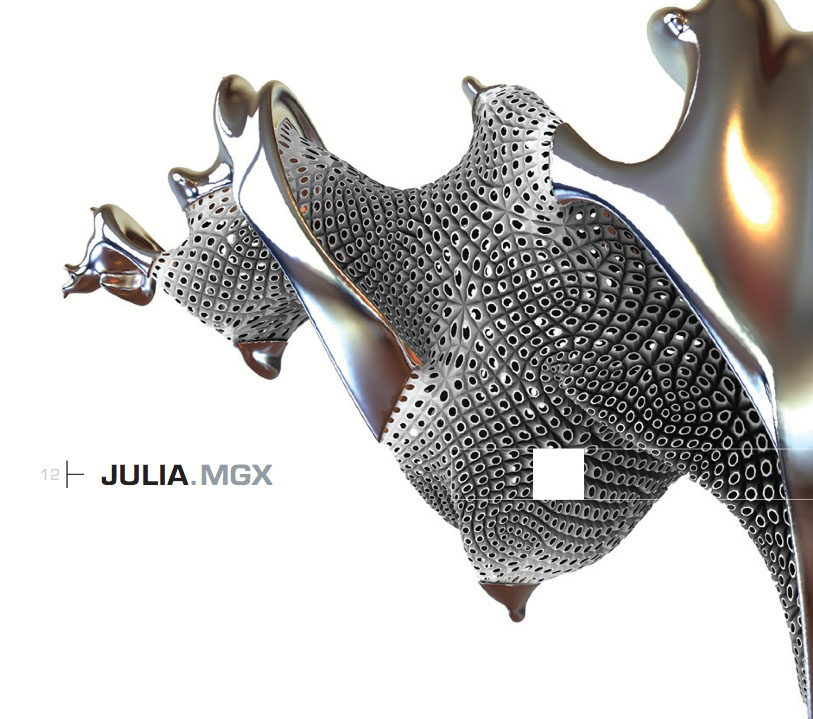 for .mgx the future is present. concepts and dreams are reality. through the implementation of advanced technology, a variety of 3D printing methods and traditional craftmanship, mgx products such as lamps, furniture and even apparel come to life. .mgx products speak to a generation driven by excellence in design, aesthetics and the singular need for human connection.

.mgx is the design division of materialise n.v., the world leader in rapid prototyping techniques. Their 3D technologies essentially make design dreams come true. The production and customization of shapes that would otherwise be impossible are possible. Each .mgx product is formed out of epoxy or polyamide. They are individually drawn, created by laser beam and then delicately hand-finished. 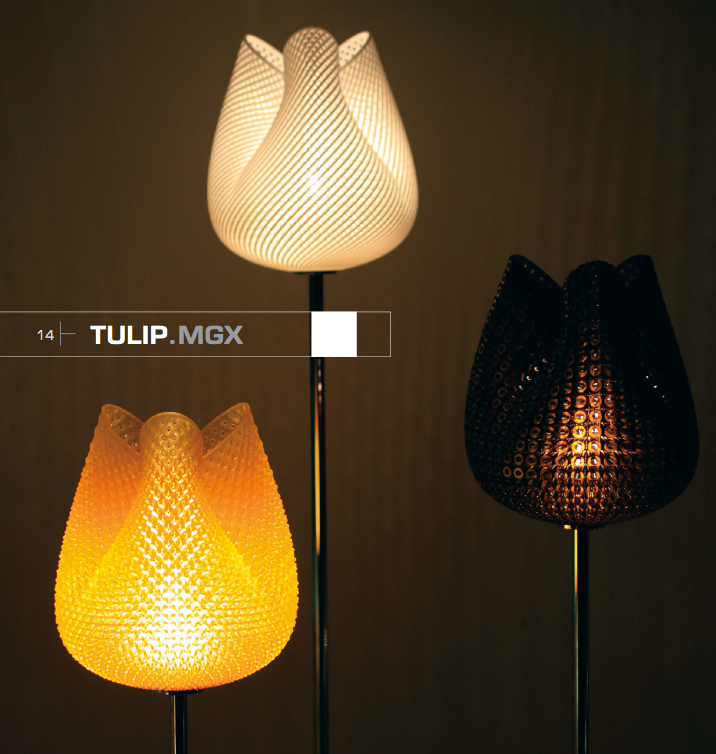 what distinguishes .mgx beyond its use of modern and traditional craftsmanship is their focus on organic shapes born out of science, art and math. armed with ideas, design software and a tradition of experimentation, .mgx designers create objects inspired by nature–such as fractal.mgx (developed with mathematical formulas used in chaos theory) and tulip.mgx—that “can brighten your home, furnish a room, but also soothe the soul and engage both the imagination and the senses”.

one of glottman’s favorite .mgx designs is open_cube.mgx from the classics collection. open_cube resembles a fractal structure constructed to appear like a  translucent piece of amber when off; and creates a syrupy light and comforting effect when on. the julia.mgx chandalier (first image above), from the e-volution collection, also uses fractal structures and is essentially a 3D projection of a 4D shape. the julia.mgx chandalier looks different from every conceivable angle. 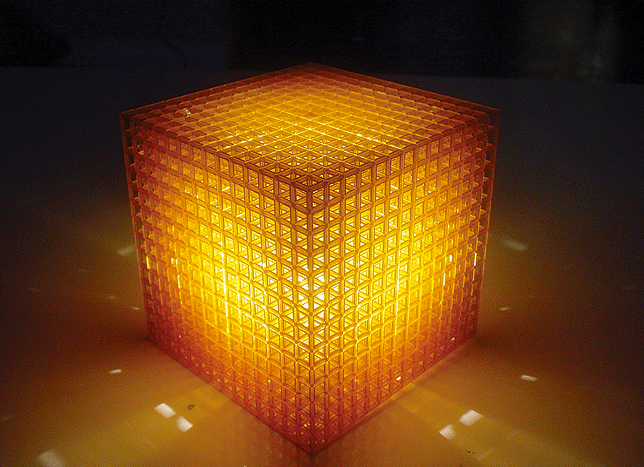 the blending of art, science and technology is what defines .mgx. It’s also what inspires glottman. when we get caught up, we sometimes lose sight of the world around us. rather than just being, we become enmeshed in the complex web of life. walk into a room with .mgx lighting and life just feels right. solid. whole. chill. .mgx reminds us to appreciate the endless possibilities of living with magic.