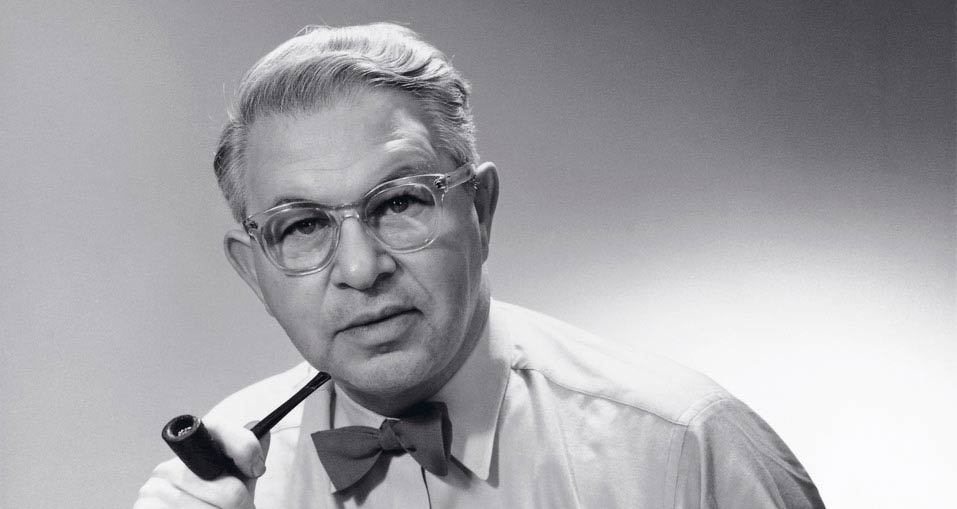 arne jacobsen was born and raised in copenhagen. in 1927, he graduated as an architect from the royal danish academy of fine arts in copenhagen. after graduating, he obtained his first job at the office of the city architect of copenhagen launching his own office only two years later.

arne jacobsen is a world famous danish modernistic architect. his buildings are numerous in denmark, germany, and the united kingdom. among his more famous projects are the national bank in copenhagen (1971), SAS royal hotel & terminal, copenhagen (1960), and st. catherine’s college in oxford, uk (1963).

as an architect, jacobsen had very strong decision making skills, making it possible for him to influence not only the design of the building itself, but the majority of its details. over the years, he ventured into various fields related to his work such as luminaires, furniture, cutlery, door handles, sanitary fixtures, fabrics and wallpaper patterns. “the egg” and “the swan” are two famous chairs designed by jacobsen.

during arne jacobsen’s lifetime, he received several prestigious awards both at home and abroad. as a professor at the royal danish academy, he influenced an entire generation of danish architects during his eleven year tenure with the school. each student eventually developed his or her own architectural language, and built upon the same rationalistic and minimalist approach toward architecture.