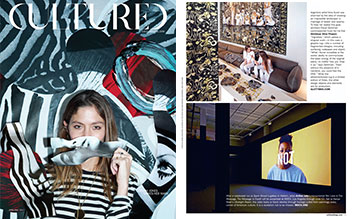 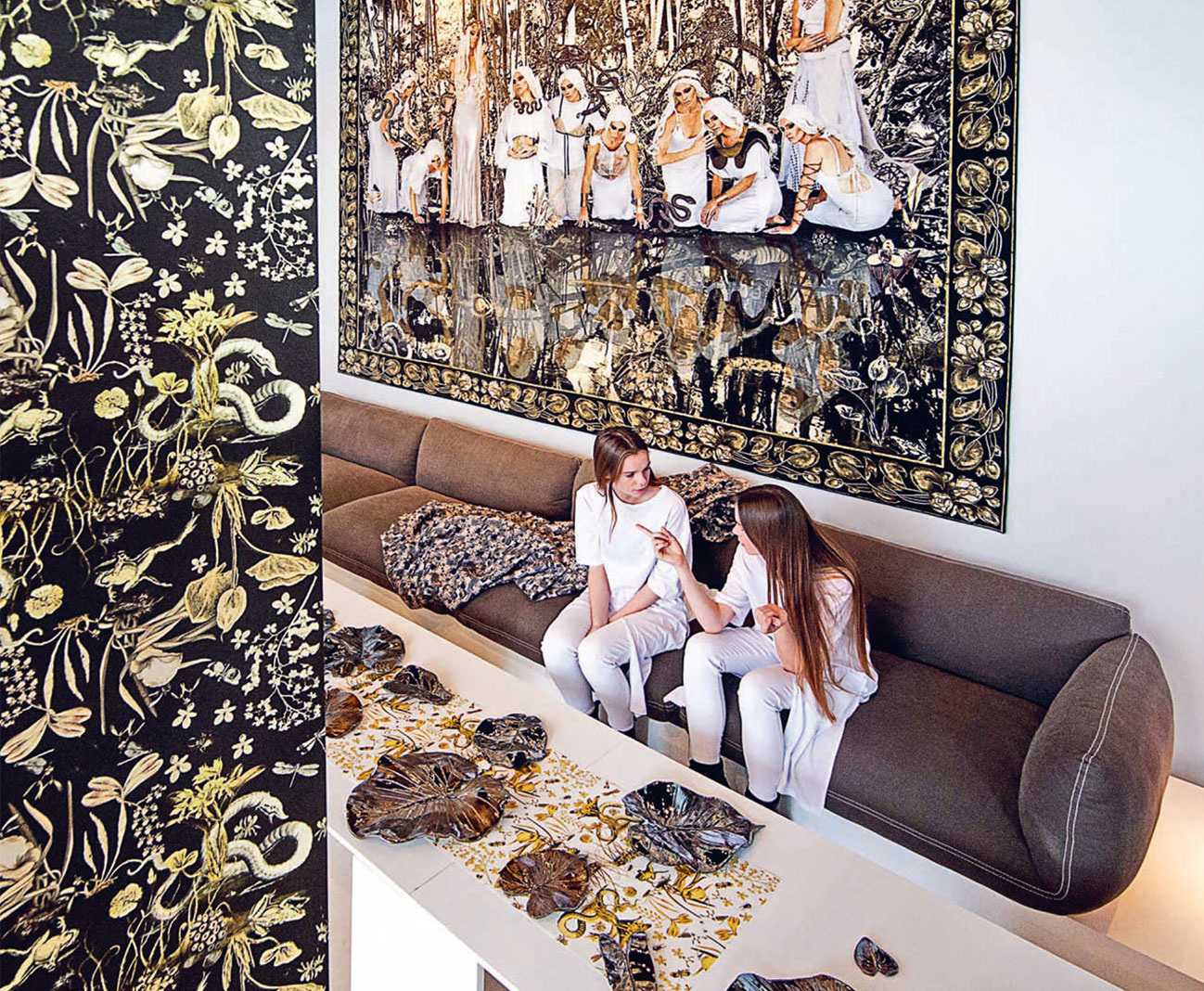 Argentine artist Nina Surel was charmed by the idea of creating an impossible landscape: a marriage of desert and swamp. To help her realize this goal, architect Oscar Glottman commissioned Surel for his first Glottman Alive Project, “Vignettes,” which parses a singular work—in this case a graphic rug—into a number of fragmented designs, including surfacing, wallpaper and object. “What I found incredible is the works’ ability to communicate the basic energy of the original piece, no matter how you chop it up,” says Glottman. “Even without the presence of a narrative, you could feel the DNA.” While the aforementioned rug is a limited edition of three, the other design objects and elements are for production.
read full project details