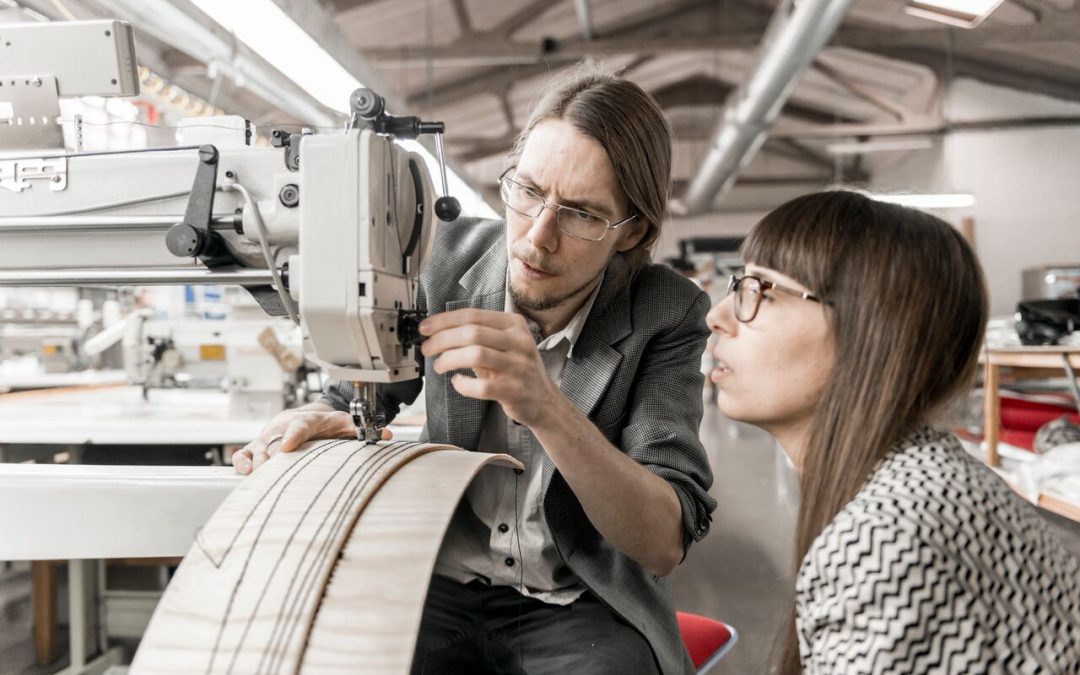 Fredrik Färg and Emma Marga Blanche are a young couple of designers (with Swedish and French origins respectively) who add personality, technique and innovation. They have been developing a technique over the years at their studio in Stockholm, being bapitised and registered as Wood TailoringTM, which includes the use of sewing machines directly over hard materials like wood, to unify different parts. With it, the patterns created have an aesthetic value within themselves and offer amazing results. The first pieces made using this technique, which require an abundance of artisanal ability, were presented by Färg & Blanche at the Stockholm Fair in 2014 as a conceptual project. BD has taken up the challenge and has adapted to the prototypes and serial production, materialising the now new presented chair, re-baptised with the name Couture. An evolution to its form has taken place to make it more comfortable with additional armrests and a swivel base, so that this piece be much more functional and not just beautiful.

“layers of thick plywood are stitched together to make the couture armchair, where the sewing represents a topographical map with an organic pattern that resembles the growth of wood (the same pattern reappears on the front part with its upholstery). we wanted to create an armchair with a strong focus on the pattern created by the seams and where the craft is really visible. the use of a gradient amplifies the effect of the layers and the feeling of attaching two hard materials together.” –färg & blanche. 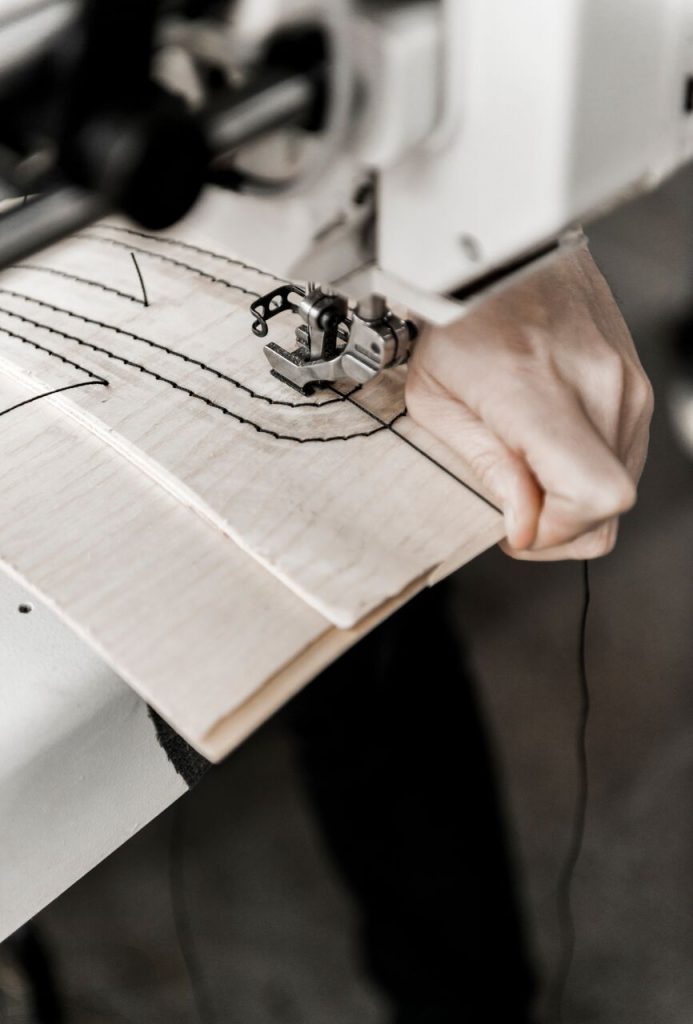 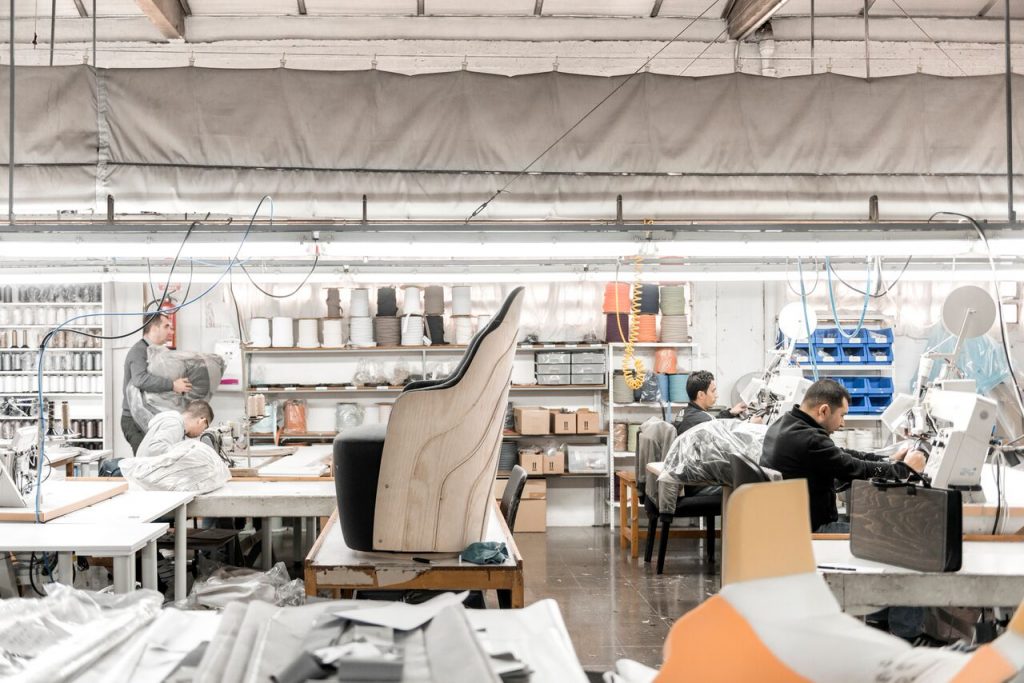 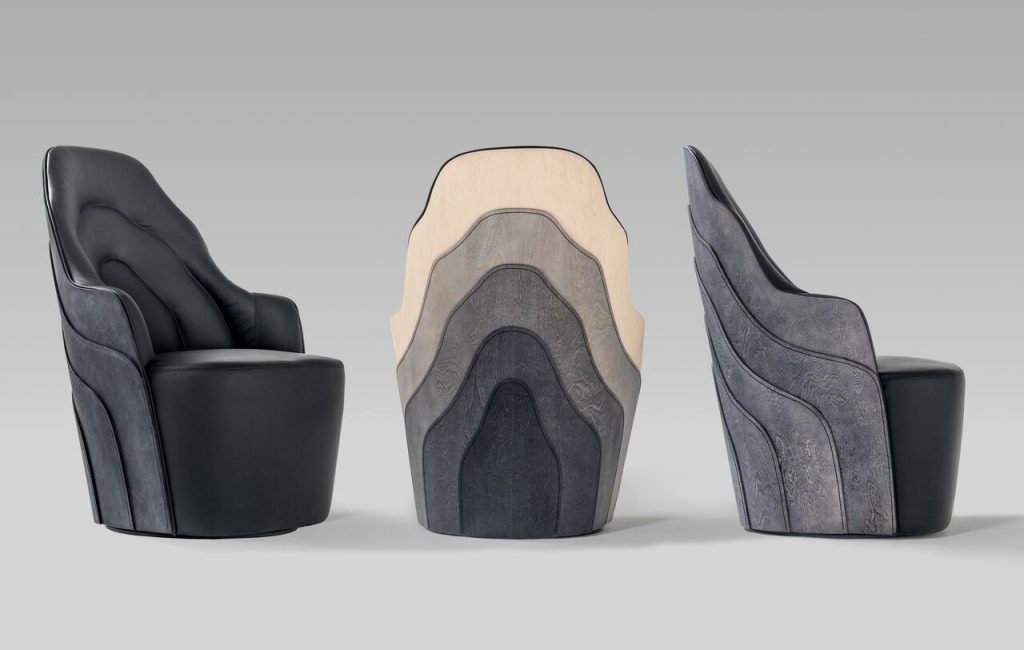 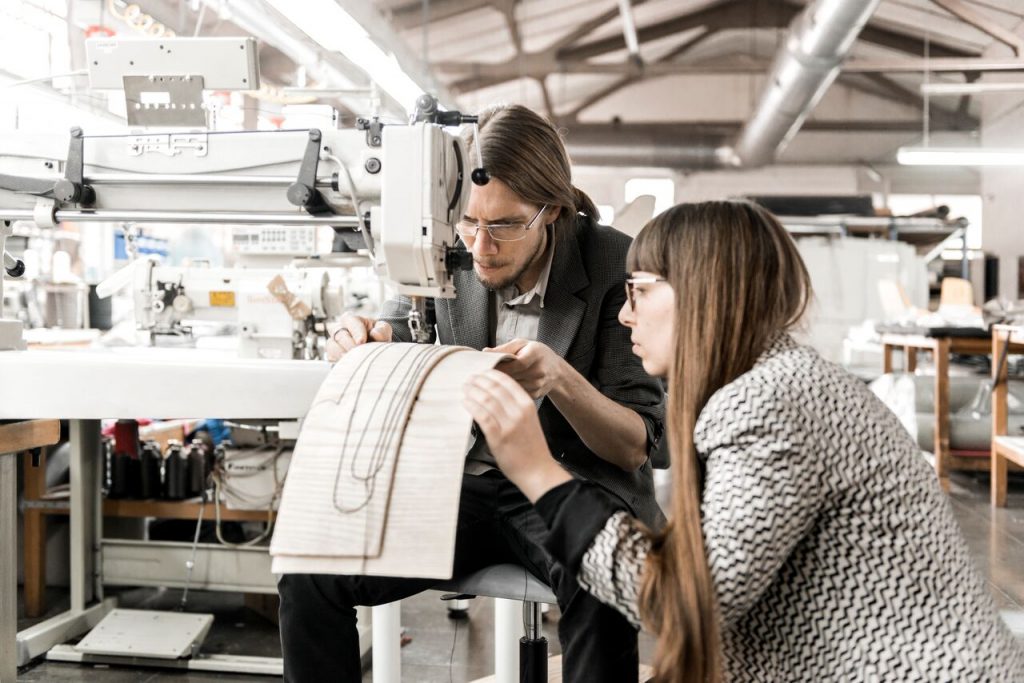