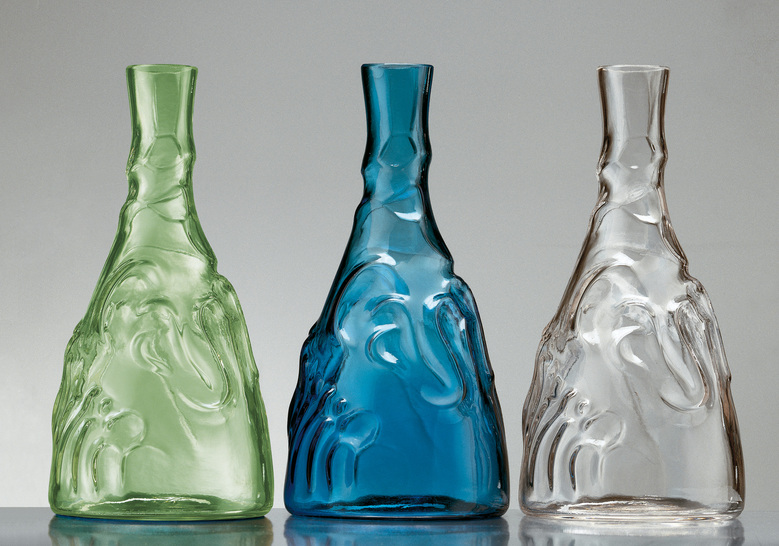 josep maria jujol (1879-1949) is one of the greatest, yet least known, geniuses of catalan architecture whose imagination and creativity are astonishing in each and every artistic discipline he embraced. he was an architect, a painter, a sculptor and a graphic artist to name only some of his talents, and he was gaudí’s closest and keenest collaborator. after the time he spent with his maestro he experimented with all styles until he had established his own creative universe that was far removed from the conventionalism of his day. the casa de familia water decanter, designed in 1912 for the orphanage of the same name, is a simple and humble piece that magnificently demonstrates all his artistic ability. bd barcelona design has faithfully reproduced it from the only image still in existence of the original model, the photo was clevery taken in front of two mirrors which clearly show the sculptural working to the full.