the ph 50 by poul henningsen is in the house… 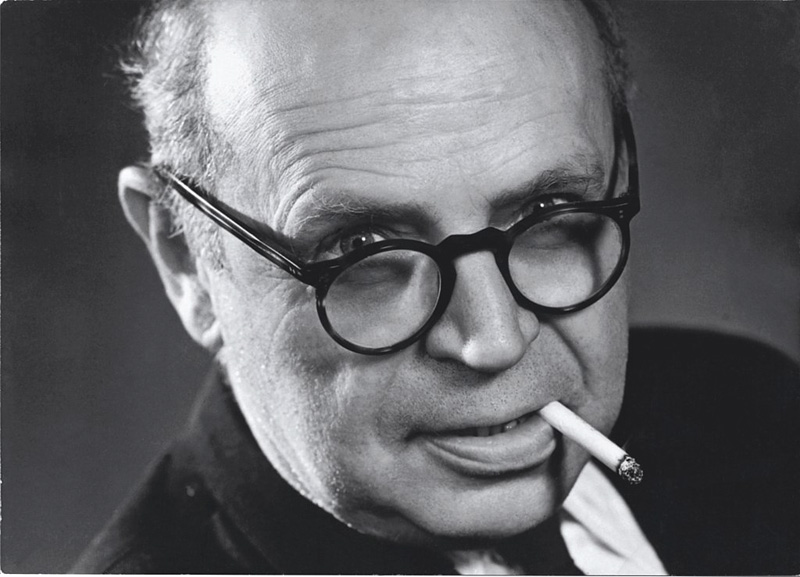 Poul Henningsen (PH) was born in Copenhagen to the famous Danish actress Agnes Henningsen. He never graduated as an architect, but studied at The Technical School at Frederiksberg in Denmark from 1911-14, and then at Technical College in Copenhagen from 1914-17.He started practicing traditional functionalistic architecture, but over the years his professional interests changed to focus mainly on lighting which is what he is most famous for. He also expanded his field of occupation into areas of writing, becoming a journalist and an author. For a short period at the beginning of WWII, he was the head architect of the Tivoli Gardens project in Copenhagen. But like many other creative people, he was forced to flee Denmark during the German occupation but soon became a vital part of the Danish colony of artists living in Sweden.

His lifelong collaboration with Louis Poulsen Lighting began in 1925 and lasted until his death in 1967. To this day, Louis Poulsen Lighting still benefits from his genius. Poul Henningsen was also the first editor of the company magazine “NYT”. The CEO of Louis Poulsen at the time, Sophus Kaastrup-Olsen, gave the magazine to PH as a gift after he had been terminated from another Danish newspaper – his opinions were too radical. 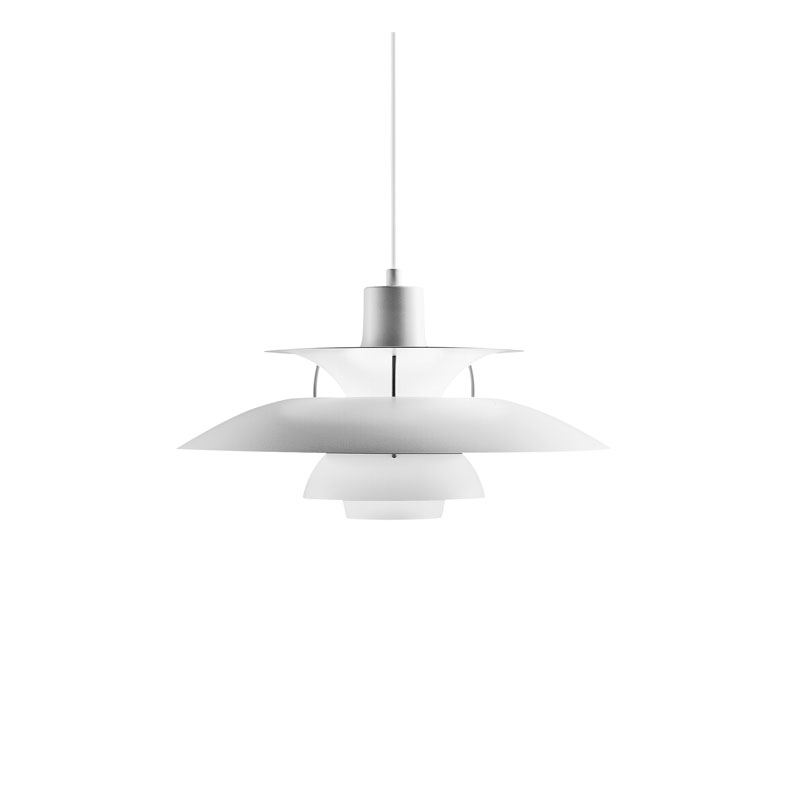 Poul Henningsen developed the PH 5 in 1958, in response to constant changes to the shape and size of incandescent bulbs. At the introduction of the PH 5, Henningsen wrote the following:

After 33 years of basically Christian behavior, I have converted to Islam in my relationship to the manufacture of incandescent bulbs. For a generation I have believed that consideration for the consumer and common sense would prevail, but now I have become a fatalist. I have accepted fate, and with Louis Poulsens permission, I have designed a PH fixture which can be used with any kind of light source, including, Christmas lights and 100 W metal-filament bulbs (although a fluorescent tube would be too much to ask in the existing form).

The PH 5 was introduced as a classic new product and no one knew at the time that it would eventually become synonymous with the PH brand. Regardless of how the light is installed or the light source used, the PH 5 is and remains completely glare-free. The fixture was christened pH 5 due to the 50 cm diameter of the main shade. Henningsen wanted to improve the color reproduction characteristics of the light source in the PH 5. Small red and blue shades were therefore inserted to supplement the color in the part of the spectrum where the eye is least sensitive: the red and blue areas, thereby subduing the light in the middle yellow-green region where the eye is most sensitive. The PH 5 design has been regularly updated as light sources have developed. The PH 5 plus, designed for use with energy-saving bulbs, was introduced in 1994. To achieve higher efficiency, the metal plate was replaced with frosted glass and the light was painted using a purer white color. To mark the 50th anniversary of the PH 5 in 2008, the PH50 (a high-gloss version in five new colors) was introduced.

for more information about the ph 50 and other lighting, visit glottman.com, call 305.438.3711 or visit our wynwood showroom. 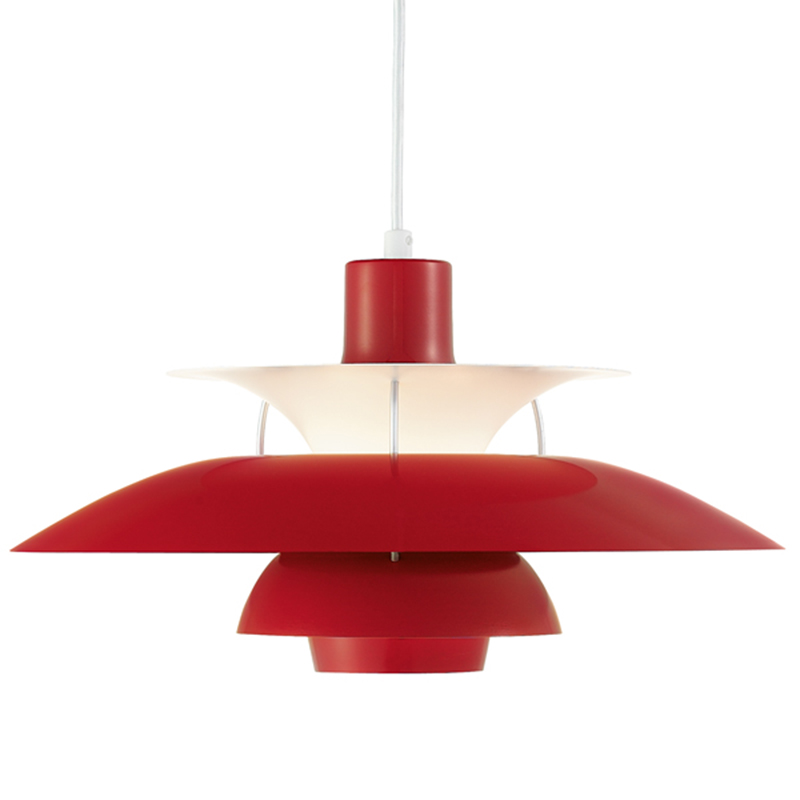